Is it really any wonder that those outside the autism community get frustrated when there are two distinctively different messages coming from the autistic community. 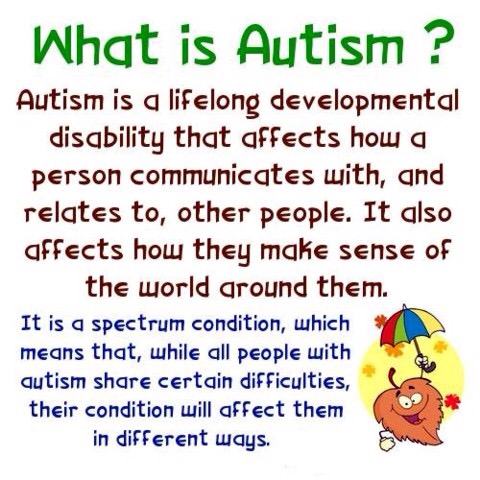 This message States autism is a disability. 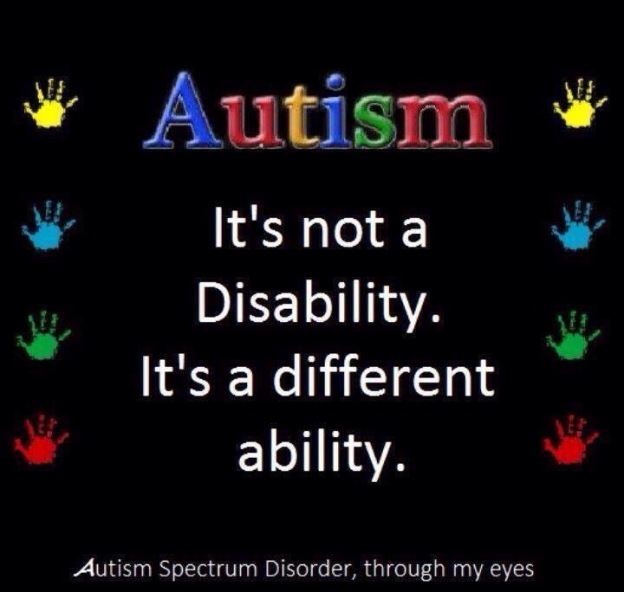 This states autism is NOT a disability.

So who is right?

Some say 1 some say 2 and some will say both.

Me? I say it is 1 for those NOT at the ‘mild’ end of the spectrum and 2 for those that are.

I mean why would a parent of someone who goes to mainstream school with very little support and have a friend or two see autism as a disability?

I’ve heard some say ” oh he’s Just a bit quirky and struggles a bit in social situations.” This parent probably still claims DLA (disability living allowance) for their child while proudly having the 2nd picture as their profile picture and has never had to apply for a statement or EHCP.

For the rest of us, who parent an autistic child who are moderate to severe (even some with kids classed as ‘HFA’), we fully agree autism is a disability. My child is very much disabled by her condition. She sometimes struggles with the idea of putting her own shoes on, can’t cope in a shop, needs hours/days to recover from socialisation, couldn’t cope in the mainstream school environment and so on and so on. I’ve had to fight for services, the statement process and special school hunt was a nightmare! We are the ones who battle for more recognition and try to explain the hidden disability autism is.

While I’m sure there are autistic adults that hate parents who call autism a disability because they don’t see it as one, obviously haven’t faced the discrimation some of our kids have faced or not needed some of the concessions or disability services that our kids need!

Sometimes I feel like commenting on the number 2 pictures on Facebook and asking wether or not their kiddo gets DLA or any other disability concession and if so, either take down the picture or give the disability stuff back!

I’m so sick of people not understanding that autism can be disabling and people posting picture number 2 do not help!

One thought on “You can’t have it both ways! ”

Thoughts on the crossroads of law, politics and society - for when a tweet isn't enough. This blog contains general information and commentary on legal matters. It is not intended to provide legal advice. This blog discusses the law in England, unless otherwise stated.

Our Family's Home Education Adventures, with large slice of Autism

I am mum to Dinky who is awesome- she also has been diagnosed with Autistic Spectrum Disorder-PDA, ADHD and Sensory integration difficulties

Random musings from a Highland mother

Ramblings and thoughts about my experiences as Mummy to "the stranger" who is recently diagnosed with ASD (specifically pathological demand avoidance).

Amusing musings from an Aspergian on planet Earth.

The highs and lows of living with PDA.

We are awesome--not despite our differences but because of them.

Me, Myself and PDA

Hello, my name is Julia and I’m an adult living with a diagnosis of Pathological Demand Avoidance (PDA). I also have a diagnosis of ADHD and Psychotic Episodes. PDA is a lifelong Pervasive Developmental Disorder and was first described by the late Prof. Elizabeth Newson in 1980. PDA is an Autistic Spectrum Disorder (ASD). Despite PDA being older than me (just) there are still massive gaps in its recognition, peoples’ understanding and its diagnosis by professionals. I’m one of the lucky ones and this is my story…….

The road to diagnosis...Autistic Spectrum Disorder? OCD? Social Anxiety Disorder? None, all three or something else?

The Name Of The Rose Blog

Being Mum to a teenage daughter with Aspergers

Musings of an Aspie

one woman's thoughts about life on the spectrum

Our World And Autism

Not a "how to be a great parent" blog